Aitor Karanka appreciates Mourinho for Improvement in his game

Aitor Karanka says had he not worked under Mourinho, he might never have transformed himself from a coach to a manager because of his doubts and fears. 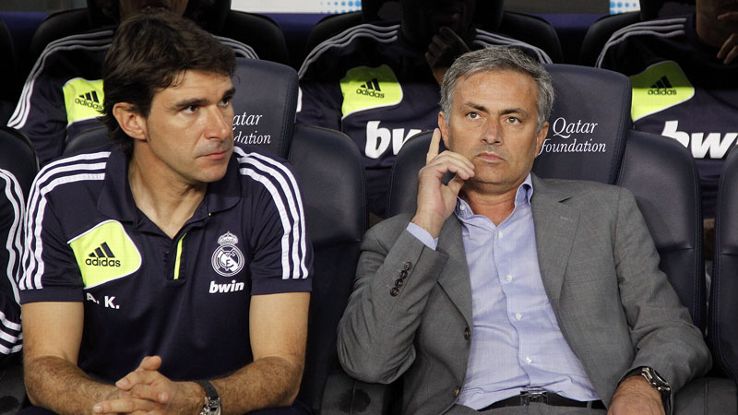 As per Karanka, during his time as a player, the way managers operated; the troubles they had to deal with, it got him to get a little afraid of that profession and he thought it invites worries and tension only. He was not eager to take it up himself.

He was cool with the coaching profession because it only involves the game side of things and teaching the game to the emerging kids or the teenagers seemed enjoyable to him, but, not management as it’s not only about teaching the game, but, various other things as well.

However, as he listened more and more to his boss at Bernabeu and saw him work with the Blancos, he started thinking if he could give himself a go in management too as it might not be as troublesome as his perception.

Karanka’s union with Mourinho also happened unexpectedly. When the Spaniard got the message that Madrid was seeking a time for a meeting with him as their new Portuguese manager had suggested his name as a coach, he laughed at it.

Karanka revealed there had been not a single face to face talk between him and Mourinho ahead of that. So, he was not able to understand how a manager could suggest his name for his staff without even having any talk with him.

But, he discovered that he was not getting fooled and the message that had come to him was genuine as Madrid hierarchy was indeed looking to get in touch.

The Spaniard later served for the Blancos until Mourinho took the exit route in 2013.